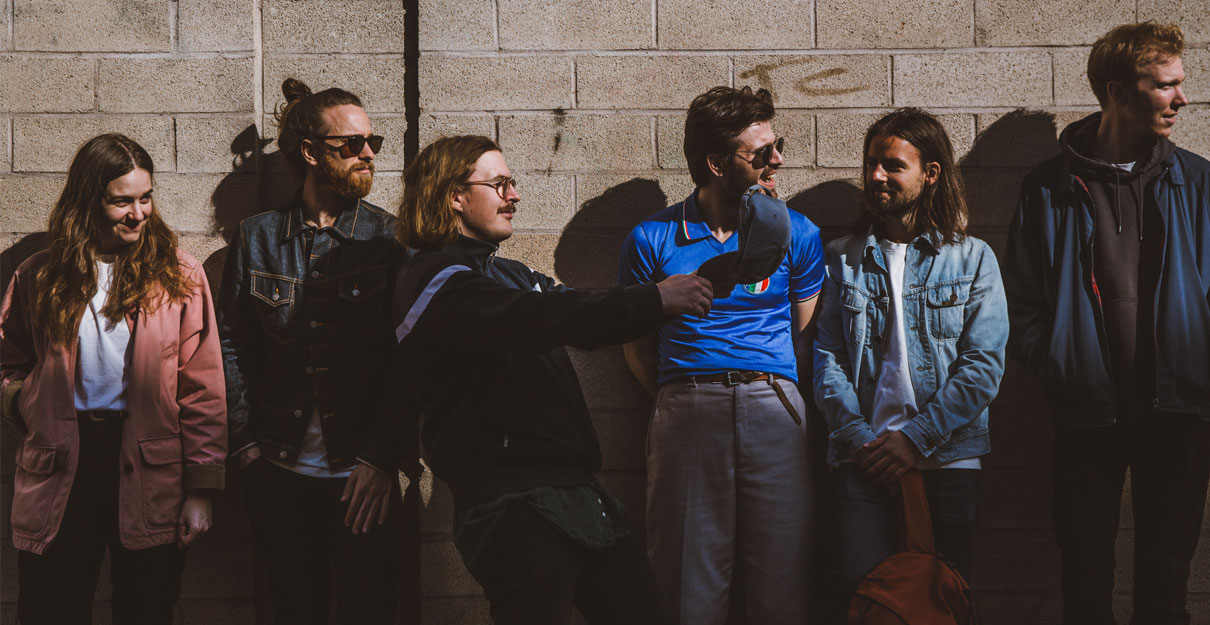 A few years ago, Riga Tiger got asked in an interview how they would choose to describe their music. Eventually, the band opted for describing their sound as being a form of "realistic pop", and that is a cateogry I think really fits well for this group from Gothenburg.

As I listen to their second album «Om du tänker på tiden så går den», I get the feeling that this is a band that has aged well and are more than happy to share their experiences of what it is like being on other side of 25.

From the get-go, the band switch up the pace with “Mozartstycke”. The opening track is unmistakenbly charmy with fast paced guitars being combined with more mellow sounds to produce a warm soundscape. This track is Swedish pop at its finest, also reminiscent of tracks by other indie acts Raymond and Maria or Timo Räisänen I feel.

In the second song on the album, Riga Tiger makes us recall the good old times, back when all kids would “Play with Pokémon on the school yard”.

The third song also looks back in time, this time it is about turning 25. I would not be surprised if Riga Tiger would cite Marcus Krunegård as one of their influences after listening to the track V-Brunnar .

The real highlight of this record though has got to be “Still Gbg”, Gbg of course being the way Gothenburg is abbreviated. This is great song with a lovely piano intro. Here we hear the band sing about being stuck between cities and feeling torn, before asking if Stockholm isn’t the right city after all?

The title track on this album is a real pleasure to listen to as well. It has a piano driven sound that I really enjoy. You would be forgiven for thinking that we have heard this type of sound before, I think other great acts spring to mind here like fellow Swedish groups such as La Lusid and Amason.

But Riga Tiger also brings something unique to the table. The band is able to reminisce and look back in time, but without getting too hung up on nostalgia and not being able to look forwards. This is a fine way to approach the past, and I can’t conclude this review in any other way than saying that you really ought to listen to this second Riga Tiger album. It is well worth your time.